We are a unique specialist XR consultancy business with unparalleled expertise in Virtual Reality, Mixed Reality, Augmented Reality, Immersive Technologies and XR User Experience. We provide world-class guidance and support, enabling our clients to succeed in the XR space and supporting them to realise the true potential of their virtual realities. 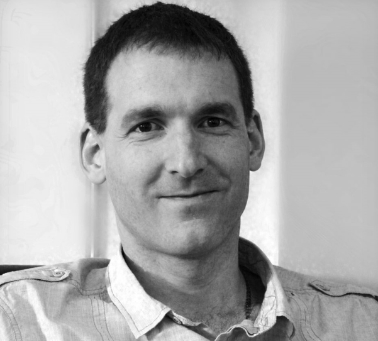 Simon Benson co-founded the VR consultancy business “Realised Realities” in 2017 along with his business partner Jed Ashforth. Their goal is to help their clients to realise the true potential of their Virtual Reality products by sharing their decades of hands on experience of creating and guiding interactive immersive content. Simon was formerly the Director of the Immersive Technology Group within Sony Interactive Entertainments Worldwide Studios (SIE WWS) where he headed up a team of specialists, researching and developing new technologies to bring high levels of immersion to Sony PlayStation®. Simon was a founder member of the PlayStation®VR project and was heavily involved in the development of the hardware and system integration from inception. In addition, Simon was the European spokesperson for PlayStation®VR, was also heavily involved in advising developers and publishers on best practices for the creation of VR content and was a member of the global VR consultation committee, defining the quality standards for all VR content on PlayStation. After gaining a degree in Software Engineering in 1995, Simon began his career as a Simulation Engineer, creating advanced military flight simulators and Formula 1™ motor racing simulators. He later joined Evolution Studios where he worked initially in game development on PlayStation®2 titles such as the BAFTA nominated World Rally Championship series. Other early career highlights included producing the PlayStation®3 launch title MotorStorm™ and leading the 3D Gaming Team that was responsible for launching Stereoscopic 3D gaming on PlayStation®3.

Jed Ashforth co-founded Realised Realities in 2017 with his business partner Simon Benson. Their goal is to help their clients to realise the true potential of their Virtual Reality products by sharing their decades of hands-on experience of creating and guiding interactive immersive content. Jed was the Senior Game Designer and Immersive Experience Specialist for the PlayStation VR project, and was one of the founder members of the Project Morpheus R&D team who proposed Virtual Reality as a new direction for PlayStation gaming in 2012. Throughout the lifetime of the project, Jed’s key role was to identify and gain insight to the many new and unusual opportunities that the medium presented to PlayStation developers, and ensure that their transition to the new development paradigms required by VR was as smooth as possible. He helped define quality levels and distill PlayStation brand values into every aspect of the PSVR user experience. Jed also shared his strategies and insights as the sole author of Sony’s extensive VR Game Design Best Practices, still followed and used by PlayStation developers today. He is regularly invited to present his insights to audiences at conferences across the world. Holding an LLB Honours Degree in Business Law and with a decade spent as a Senior Troubleshooter for HSBC, Jed has spent the last 18 years applying his unique skillset to the design challenges of Immersive entertainment across a variety of senior creative roles.