One of the most successful British dance music ar1sts of the past 25 years, Ayalah Bentovim aka Sister Bliss is the musical force behind Faithless.

Together with iconic frontman Maxi Jazz and producer Rollo Armstrong, she formed Faithless: one of the most successful electronic acts with a career spanning 25 years, that included 8 albums (3 at number 1), and six top 10 singles.

Following a 25-year career that took Sister Bliss as a DJ from the underground UK club scene to selling out arena shows, and headlining fes1vals globally she has deservedly established herself as one of Britain’s most iconic and long las1ng female electronic ar1sts in the world.

A classically trained multi-instrumentalist, she has also scored numerous TV, film and theatre produc1ons. Her hugely successful weekly radio show and podcast ‘Sister Bliss in Session’, is syndicated to over 100 sta1ons & 43 countries worldwide. She recently guest presented Giles Peterson's acclaimed show on BBC6 music and regularly stands in for Ana Matronic on the Dance Devo1on show on BBC Radio 2.

She has recently presented a 5-part series on Bauer Media’s Scala Radio station joining the dots between classical and electronic music, which has won Bronze prize at the New York Festival Radio Awards. 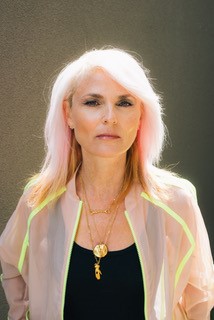 "I’m delighted to be a mentor on the Advance programme. Having ran my own company for many years, I know how hard it can be to find the right support. I love using my experience to help other creative businesses achieve their goals"